GREETINGS OF THE WORLD COUNTRIES 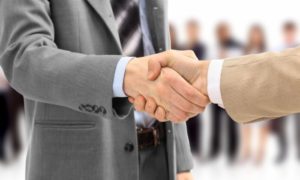 Before you go to a new country for you, we recommend that you familiarize yourself with local customs. Greetings in different countries may be so different that we decided to devote a separate article to them. We offer you to get acquainted with the traditions of greetings from different countries so that you feel as comfortable as possible during your trip.
Handshakes
Arab countries
USA
Australia
Europe
some countries of Asia, Africa
It is no coincidence that a handshake takes the first place in our list, because this is the most common greeting tradition in the world! By the way, it is believed that she owes her existence to medieval knights who, with the help of an outstretched hand, demonstrated the absence of weapons. However, you should not rush to stretching your arms, because this tradition still has its own nuances.
Great Britain
Here they highly respect their personal boundaries and try to touch the interlocutor as seldom as possible. Therefore, it is more common to greet here with a nod of the head, and for the hand, they greet only good friends.
USA
In America, the hand is always welcomed at the first meeting and in the official circle. In other situations it is not necessary.
Western Europe
The issue of gender equality touched even such a simple thing as a greeting. In the west of Europe (in contrast to the eastern part), women also welcome the hand, including each other.
Asia
Not in all Asian countries it is customary to shake hands. However, friendly residents of the East, seeing a foreigner, can easily reach out to him and say hello in the Western manner.
Arab countries
Unlike in Europe, only men greet with a handshake, and then they put their hand to the heart, thus expressing their friendly and respectful attitude.
Embrace
Italy
Spain
Latin America
As you know, the inhabitants of these countries are always emotional – this is also expressed in greetings. A joyful meeting here is not only handshakes and kisses, but also warm hugs. Therefore, even if they see you for the first time, they may well embrace.
Nevertheless, you shouldn’t try to embrace someone yourself: it’s better to still be guided by the situation and be ready to answer the other person in return.
Kiss
Latin America
Belgium
France
Spain
Italy
Sweden
Arab countries
Netherlands
Turkey
At a meeting, kisses, as a rule, are used only by close friends, so do not rush to kiss a new friend. Greetings in the form of a kiss are also different: from hot hugs to a light cheek-cheek-to-cheek.
Europe
Strangely enough, but observant travelers paid attention even to the number of kisses. For example, in Sweden, the Netherlands and Spain, it is customary to greet three kisses for greeting, in Belgium and Italy – two. In France, well and not so familiar people take turns touching each other with their cheeks, letting two or five kisses into the air.
Turkey and Arab countries
Here only men kiss: relatives or friends. Taboo – kisses of women and with women.
Bows
India
China
Japan
Korea and other Asian countries
Conservative eastern culture has retained its obeisances today as a greeting. Travelers should be aware of such nuances.
China
Here, a bow is a gesture of high respect, so everyone in China does not bow. In everyday greetings, the Chinese prefer a gesture like a nod of their head, and almost always greet hands with the Europeans.
Japan
Here the bow is preserved even between ordinary acquaintances. And to greet respected people, the Japanese bow deeply and wholeheartedly. As in China, a person of European appearance is often welcomed by the hand. However, you should not hurry yourself with handshakes, since personal space for the people of Japan is an extremely serious thing, and your handshake can break it.
Other countries
Slightly bow for greetings also in Korea and Singapore. But in India, the bow is used more often by women, folding their palms at the chest. The men here almost completely switched to a handshake.
As you can see, there are a lot of welcome traditions. Moreover, even within the same country, they may differ. For example, in France, depending on the region, the number of kisses differs. Therefore, if you are not sure about the appropriateness of your actions, it is better not to make sudden movements and to be guided by the situation and actions of the interlocutor. But sincere smile in all countries has the only value, and it will certainly help you out of a difficult situation.
Have a nice trip!